Your request was submitted successfully.
A Ricoh professional will contact you shortly between the hours of 8am to 5pm ET Monday through Friday. 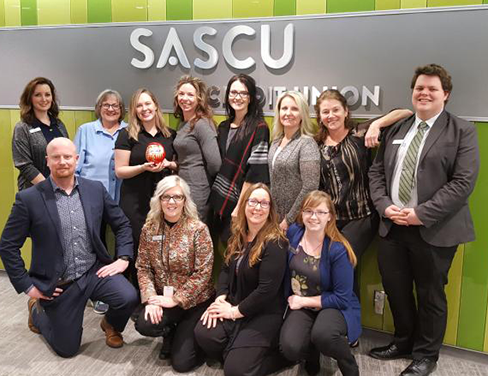 Salmon Arm Savings and Credit Union (SASCU) has been serving residents in the Shuswap region of British Columbia for over 75 years. As a forward-looking and community-hearted financial organization, SASCU provides quality financial products and services for all phases of its members' lives. Its 150 staff across four lines of business (retail banking, commercial banking, SASCU Insurance and SASCU Wealth)  serves over 19,000 members and manages over $800 million in assets.

We wanted to invest in a platform that could be applied to a range of processes in order to activate our digital strategy. Ricoh's technology was the answer for us. Any ideas we have about process improvements can usually be designed by this platform. 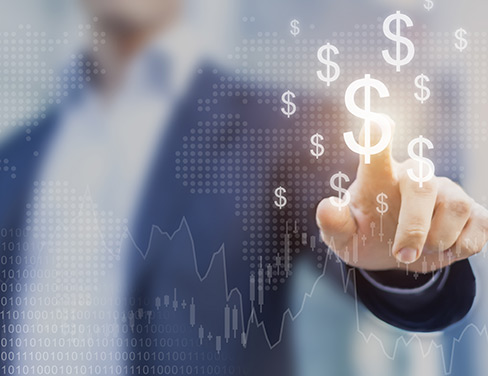 Like many small and medium-sized businesses, SASCU was faced with increasingly complex and time-consuming processes while serving its members.

“Our staff told us those processes were getting in the way of doing a great job for our members," says Tom O'Connor, Vice President of IT at SASCU. “So as part of our 2017-2020 strategic plan, we wanted to focus on improving the processes and activities that our members would directly benefit from."

“All three of these processes were linked to our strategy of continuous improvement and member-centricity, but of the three of them, mortgage renewals were the most time-consuming and process-heavy — and would see the most benefit from digitization," says O'Connor.

For SASCU members, a typical mortgage renewal would require one or two hour-long appointments at a local branch. The process was further complicated if a partner was named on the mortgage and was also required to be present, or if one or both of the applicants were traveling. SASCU advisors had been hearing from members that the process was inconvenient and time-consuming.

Advisors were also frustrated by the situation. Forms would often be pre-filled prior to an appointment, but any changes made would require a complete restart and another meeting, wasting time and effort. The lack of a consistent process across branches meant that members would have a different experience depending on which branch they went into, which caused issues with compliance and delivery as well.

The mortgage renewal process in particular has created significant time and money savings for SASCU. Each renewal now takes, on average, 30 minutes less time to complete, saving staff hundreds of hours and the credit union thousands of dollars in cost savings each year. And not only has the digitization of this process improved each individual renewal, it has created a more consistent renewal process across all branches.

“We have direct quotes from our members who say that being able to complete their renewal electronically while out of town is a huge relief," says O'Connor. “And the system allows us to continue to offer face-to-face meetings for those members who want that personal touch. It gives them the choice."

The digital transformation of SASCU's mortgage renewal application was so successful that it won the credit union the first Digital Transformation AmpliFi Award, presented by Central 1 Credit Union at its 2019 Momentum Conference. SASCU was recognized for implementing an innovative and optimized workflow that drives its business forward.

“We wanted to invest in a platform that could be applied to a range of processes in order to activate our digital strategy," explains O'Connor. “Ricoh's technology was the answer for us. Any ideas we have about process improvements can usually be designed by this platform."

And staff in departments outside of mortgage are eager to improve their own processes as well.

“Because of the nature of Ricoh's technology, we don't have to take this platform and convince the various departments that there's a better way of doing what they're doing," says O'Connor. “We have people approaching us to improve their processes. This reinforces our focus and drive to continue to use this technology to improve our business, and increase the complexity and integrations we tackle in our next strategic plan."

“Our process now can be done completely remotely, over the phone and via electronic signing. We get the right paperwork, which is great for compliance, and the member experiences a fast and easy process. It's a win for everybody."

SASCU approached a handful of vendors for a solution to improve their mortgage renewal and other processes, ultimately selecting Ricoh on the basis of its powerful and flexible technology as well as its history as a valued SASCU partner. The SASCU executive team and board were impressed by the fact that Ricoh's Enterprise Content Management and Workflow Services solution could be applied to multiple processes and eventually learned and managed by the in-house SASCU IT team.

“We didn't want to buy a platform to just address one problem. We were looking for a more long-term investment that we could learn and understand ourselves over time," explains O'Connor.

Ricoh began by creating the forms and workflows necessary for SASCU's outgoing funds transfer process to be digitized. As a relatively simple task, this allowed Ricoh to fully understand the culture and values of the SASCU team and apply this knowledge to future process improvements.

Using this process as the jump-off point, Ricoh then worked with SASCU on the more complex mortgage renewal digitization. As a member- facing process, this was extremely important to SASCU's strategic plan. Ricoh helped SASCU create a digitized mortgage renewal process with added eSignatures remote signing capability and two-factor authentication — a digital transformation that won SASCU an industry award for its innovation.

“Our process now can be done completely remotely, over the phone and via electronic signing," says O'Connor. “We get the right paperwork, which is great for compliance, and the member experiences a fast and easy process. It's a win for everybody."

SASCU has also improved its stop payment and staffing requisition processes using Ricoh's technology, with plans for future process improvements on the horizon.